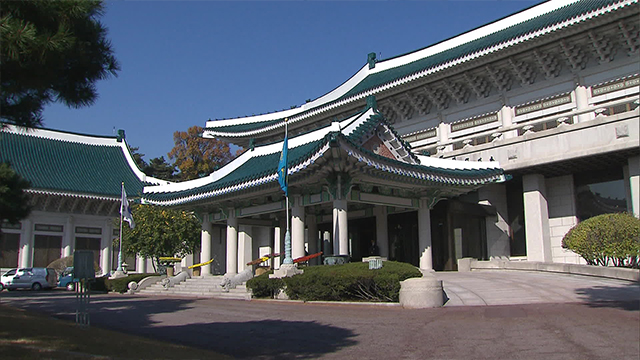 The presidential office is reportedly conducting inspections of spokesperson offices of the Unification Ministry and other government agencies.

According to multiple government sources, officials from the office of the presidential senior secretary for civil affairs visited the spokesperson's offices of the Unification Ministry, Defense Ministry, the Trade Ministry and the Korea Communications Commission last month.

The officials reportedly inspected how the spokesperson's offices have responded to erroneous and misleading media reports over the past year.

The inspectors are said to have asked them to present records of their responses, such as requests of correction, press releases refuting the faulty reports and filing petitions with the Press Arbitration Commission.

In addition, the presidential officials reportedly checked whether the offices have a guideline or a protocol regarding responses to incorrect media reports.

The presidential office is said to have made the move under judgment that some ministries are just sitting back and watching fake news and distorted reports.
Share
Print
List