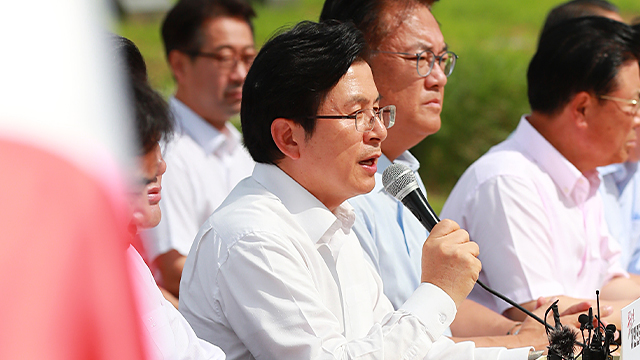 The main opposition Liberty Korea Party(LKP) will stage an anti-government rally in Seoul on Saturday in what would be the first such move outside parliament in three months.

LKP Chairperson Hwang Kyo-ahn said in a statement relayed on Sunday that the party will hold the rally at Gwanghwamun Plaza to “send a warning” to the Moon Jae-in government and to condemn its failure to manage state affairs and personnel matters.

In the statement read out by Hwang’s spokesperson Kim Sung-won, the LKP leader said that the party will not stop the struggle until the government stops its “leftist moves.”

Hwang said that his party will carry out the anti-government campaign both in and outside the National Assembly, adding that the LKP will also continue to propose alternatives to government policies.

The LKP has been highly critical of the current administration, criticizing among other things the recent nomination of Cho Kuk, a former senior presidential secretary for civil affairs, as justice minister.
Share
Print
List