Justice Minister Nom. Says He Will Confront Allegations of Unsuitability at Confirmation Hearing 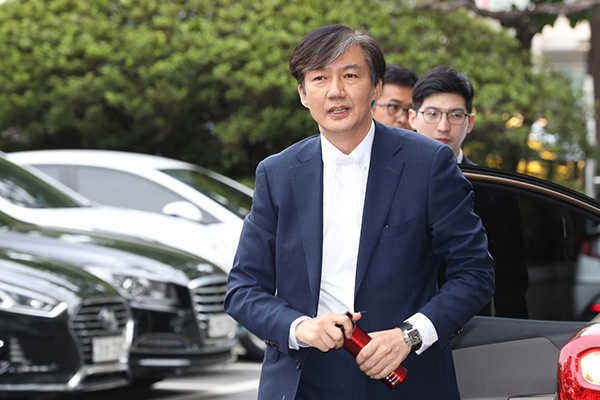 Justice minister nominee Cho Kuk says that he will confront allegations that he is unsuitable for the post during his parliamentary confirmation hearing.

Speaking to reporters on Monday, Cho said he is willing to bear the allegations as a nominee for a high-level post, but that they diverge from the truth.

Cho has been accused of having past ties to a socialist labor group and that his family partook in improper real estate dealings, among other accusations of impropriety.

The nominee said he will soon announce policies that he will pursue as justice minister and hoped that attention would be paid to those plans.
Share
Print
List