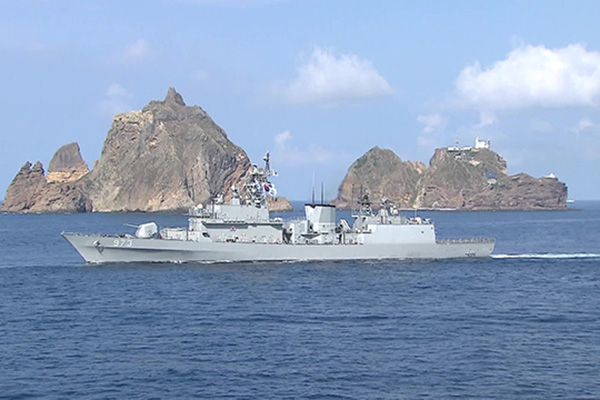 South Korea is still reviewing the timing and scale of drills to protect its easternmost islets of Dokdo, according to the Defense Ministry.

Ministry spokesperson Choi Hyun-soo said in a regular briefing on Monday that they are still considering logistics for the semiannual maritime defense drill and that the details are subject to change.

South Korea usually conducts the drills in June and December to better defend the islets and surrounding waters. This year it was pushed back in consideration of its potential impact on relations with Tokyo, which also makes territorial claims to Dokdo.

The military reportedly planned larger scale drills around National Liberation Day which falls on August 15 after Tokyo implemented trade restrictions against Seoul in an apparent retaliation to a dispute over compensation for South Korean victims of Japan's wartime forced labor.

However, it is known to have adjusted the timing and scale in light of weather conditions in the East Sea and the military's own schedule for joint exercises with the U.S. this month.

South Korea is also expected to make a decision this week on the General Security of Military Information Agreement(GSOMIA), a military information sharing pact with Japan. An official at the Defense Ministry said no decision has been made yet on whether it will be extended.
Share
Print
List