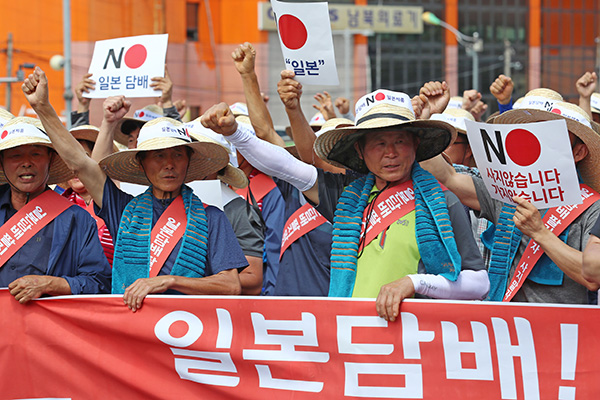 According to statistics released by the Korea Customs Service on Tuesday, cigarettes imported from the Philippines totaled 403 tons in July, a seven-point-three percent drop from the previous month.

Japan Tobacco International(JTI), which sells Mevius and Camel cigarette brands in South Korea, has a production facility in the Philippines.

Among the top four players in the South Korean cigarette market, only JTI has a factory in the Philippines while KT&G, Philip Morris and British American Tobacco(BTI) produce cigarettes domestically for the South Korean market.

Morever, according to industry sources, JTI's share in the South Korean retail market dropped to around nine percent last month from over ten percent in June.

Industry analysts say the decrease is due to a boycott Japan campaign among South Korean consumers, triggered by Japan's apparent economic retaliation on South Korea for its court rulings over wartime forced labor of Koreans.
Share
Print
List