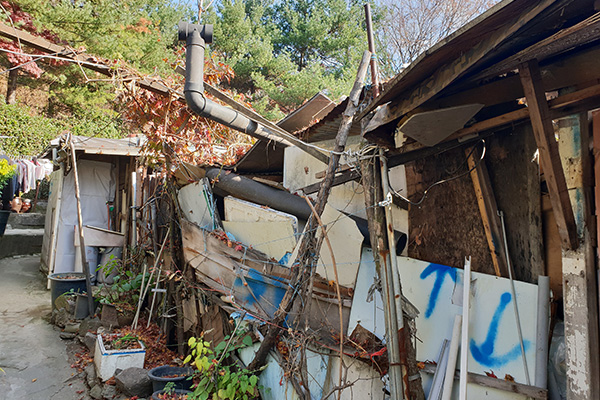 South Korea's household income gap widened to the worst level in the second quarter despite government efforts to improve the conditions of low-income households.

According to data released by Statistics Korea on Thursday, the monthly average income of the bottom 20 percent income bracket stood at one-point-32 million won in the second quarter, unchanged from a year earlier.

While the bottom 20 percent bracket saw stagnant income, those in other brackets saw their incomes increase, thanks to a rise in wages as well as increasing social benefits such as child allowances.

The distribution ratio for disposable income comparing the bottom 20 percent with the top 20 percent reached five-point-three in the second quarter, the highest level for any second quarter since 2003 when the government started compiling related data.

The average monthly income of households recorded four-point-seven million won, up three-point-eight percent from the previous year, thanks to partial recovery of the job market.
Share
Print
List