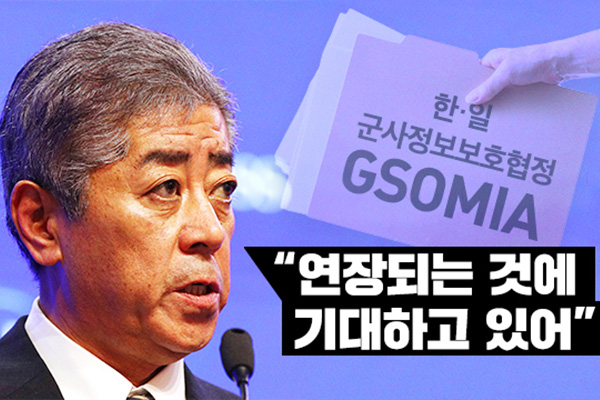 Japanese Defense Minister Takeshi Iwaya has reportedly expressed hopes for the extension of a military intelligence sharing agreement signed with South Korea that is set to expire if not renewed.

The Japanese outlet NHK on Thursday cited the minister as saying that the General Security of Military Information Agreement(GSOMIA) strengthens bilateral cooperation on security and contributes to regional peace and stability.

He said the accord is mutually beneficial and also aids the trilateral alliance with the U.S. as it enables analysis and response measures based on an extensive range of information.

Japan's Chief Cabinet Secretary Yoshihide Suga also said earlier on Thursday that the GSOMIA has been automatically renewed every year since it was signed in 2016.

He said though bilateral relations are difficult at the moment, the Tokyo government believes it's important to join forces with Seoul in necessary areas.
Share
Print
List