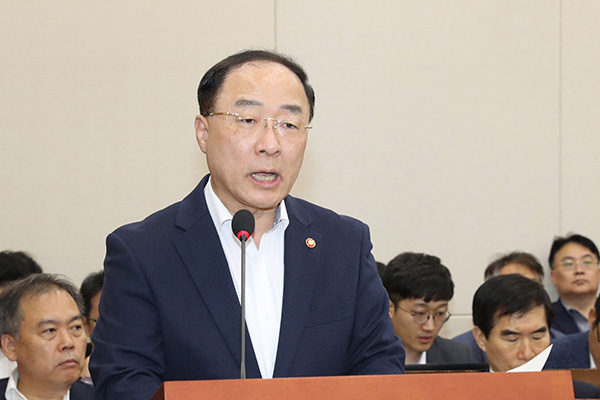 Finance Minister Hong Nam-ki says the government is considering over 510 trillion won for the national budget next year.

Hong revealed the provisional plan while fielding questions during a meeting of the National Assembly Strategy and Finance Committee on Thursday, stressing the need of an “expansionary fiscal policy” to reinvigorate the economy.

The minister, however, said the scope of the budget increase from this year’s 469-point-six trillion won will be less than this year’s increase of nine-point-five percent.

Regarding countermeasures to Japan’s trade restrictions, he said South Korea is paying over 700 million U.S. dollars to Japan in royalty for the use of original technologies and added budgets related with research and development will be increased by double digits.
Share
Print
List