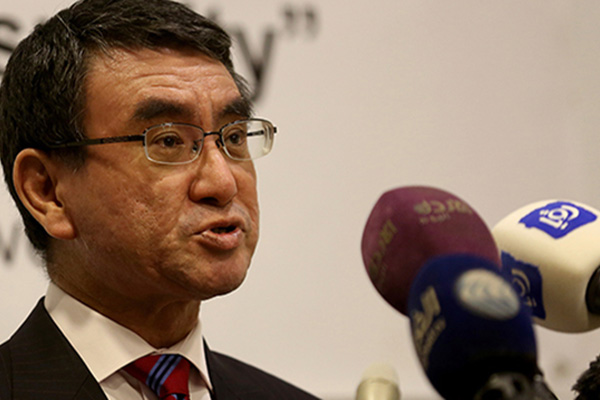 Japanese Foreign Minister Taro Kono said in a statement that South Korea’s action “shows complete misunderstanding of the security environment in this region and it is extremely regrettable.”

Kono lamented Seoul for continuing "extremely negative and irrational actions," saying that the decision on the military information sharing deal and Japan's revisions to export management are two different issues.

Kono also called in South Korean Ambassador to Japan Nam Gwan-pyo at around 9:30 p.m. Thursday in a rare late-night summon and lodged a formal protest.