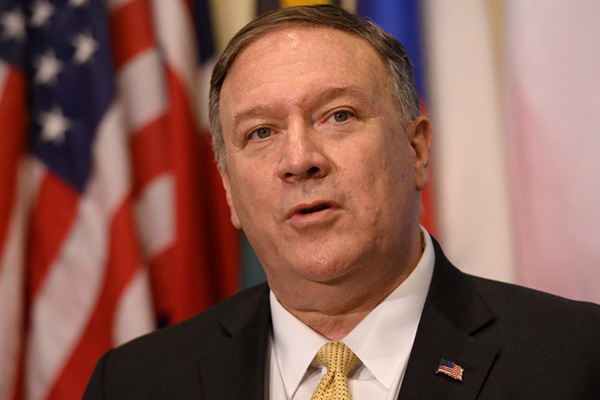 Pompeo on Thursday told reporters at a joint press conference with his Canadian counterpart in Ottawa that the U.S. is “disappointed to see the decision that the South Koreans made about that information-sharing agreement.”

The top U.S. diplomat urged the two countries to engage through dialogue, adding that he spoke directly with South Korean Foreign Minister Kang Kyung-wha in the morning.

He voiced hope that South Korea and Japan will begin to mend their ties in consideration of the North Korea issue as well as global affairs.

Pompeo added that the two nations are both great partners and friends of the U.S. and that Washington hopes they will work together to make progress.
Share
Print
List