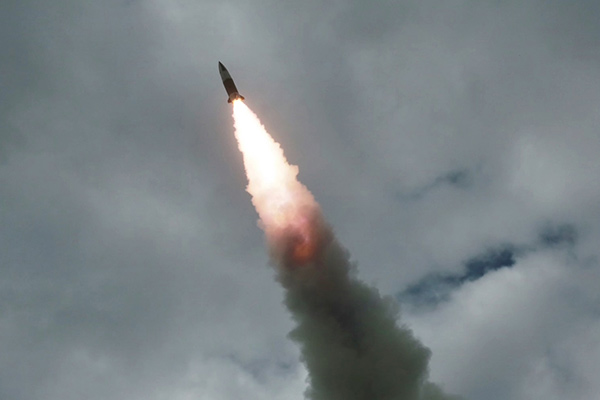 The JCS said the missiles were fired at 6:45 and 7:02 a.m. and both flew about 380 kilometers at a maximum altitude of 97 kilometers and a top speed of over Mach six-point-five.

The JCS also said it will share information on the latest launches with Japan following Tokyo's request as the bilateral intelligence-sharing pact of the General Security of Military Information Agreement, or GSOMIA, is still in effect.

The South Korean military is monitoring the situation in case of additional launches.

According to Japan's Kyodo news agency, the Tokyo government also announced North Korea appears to have fired a ballistic missile but the projectiles did not reach Japanese waters or its exclusive economic zone.

Saturday's launch comes eight days after the regime's last firing on August 16th but it's the first since a South Korea-U.S. joint military exercise ended this past Tuesday.

Even after it ended, Pyongyang continued to criticize Seoul and Washington over the combined drill and South Korea's purchase of high-tech weapons.

Also the North is known to have not responded to a proposed contact by U.S. Special Representative for North Korea Stephen Biegun who visited South Korea this week.

The regime also lashed out against U.S. Secretary of State Mike Pompeo and has continued provocations, rejecting resumption of nuclear talks with the U.S.