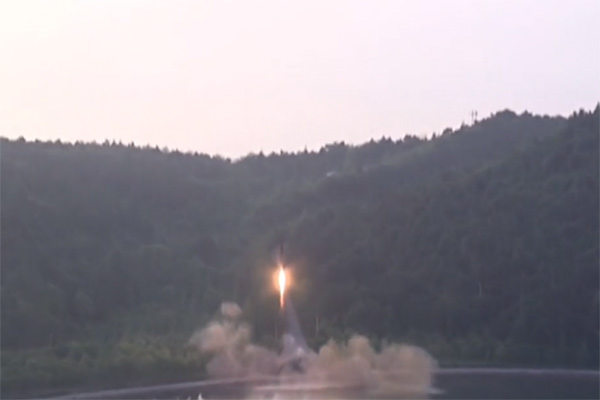 According Kyodo news and broadcaster NHK, the Japanese defense ministry confirmed the North likely fired multiple ballistic missiles into the East Sea off its eastern coast before 7 a.m.

The ministry said the projectiles did not land in Japan's territory or exclusive economic zone.

The Tokyo government is gathering information in cooperation with the United States to identify what was fired.

NHK said the Saturday launch may have had a different flight trajectory from launches conducted in May.

According to Reuters, the Japan Coast Guard has alerted vessels not to approach any missile debris they may come across.