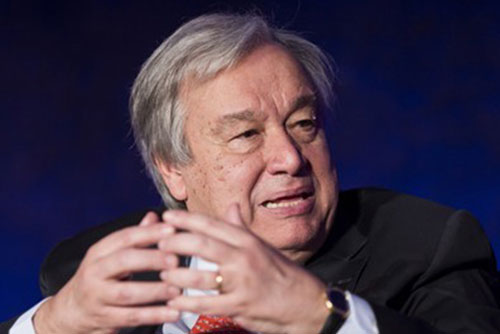 UN Secretary-General António Guterres has reportedly hoped for a resolution in South Korea-Japan relations no matter what the challenges may be.

Japan's Kyodo news agency cited the UN chief as making the remark while speaking to reporters before leaving for an overseas trip that includes a visit to Japan.

Guterres said that South Korea and Japan are important "pillars" in the region for development and security.