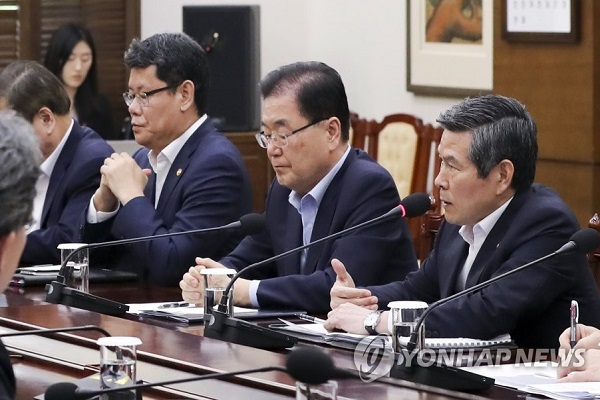 South Korea's presidential office has expressed "serious concern" over North Korea's latest launch of projectiles on Saturday and urged the regime to stop acts that raise tensions on the Korean Peninsula.

According to a media release, officials voiced serious concern over North Korea's continuing launches of short-range projectiles even as the South Korea-U.S. combined military exercise has ended.

The Security Council vowed to continue diplomatic efforts with the international community for North Korea to swiftly return to the negotiating table with the U.S. to achieve the goal of a complete denuclearization of the peninsula as agreed to by the leaders of the U.S. and the two Koreas.