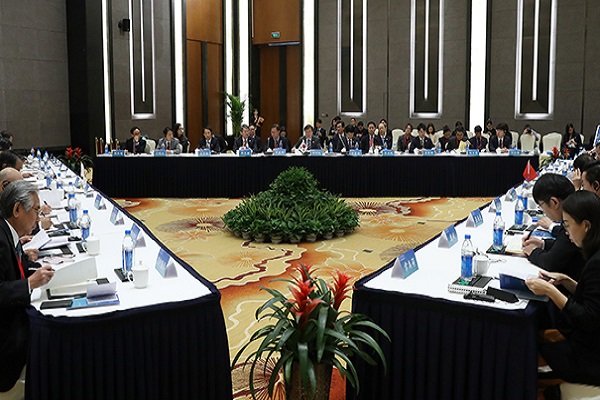 Amid deepening diplomatic tensions between Seoul and Tokyo, the culture and tourism ministers of South Korea, Japan and China will hold talks next week.

Seoul's Ministry of Culture, Sports and Tourism said the three-day talks will take place in South Korea's Songdo near Incheon city from Thursday.

There will be two separate ministerial meetings respectively on tourism and culture.

Before the trilateral talks, South Korea and Japan will hold bilateral meetings between their culture and tourism ministers. The two sides may discuss ways to minimize the impact of the diplomatic friction.

The ministers of the three countries will also take part in other events taking place on the sidelines including an art festival, the signing of a joint statement and a ceremony declaring this year's Cultural City of East Asia.
Share
Print
List