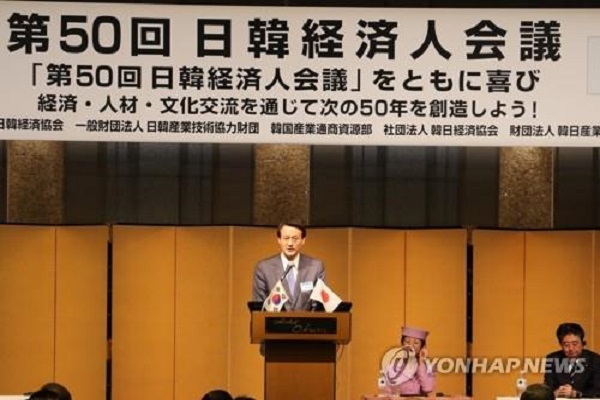 A meeting of South Korean and Japanese businesspeople will take place as scheduled in September despite aggravating bilateral relations.

The Japan-Korea Economic Association, which represents organizers on Japan's side, said Friday the meeting next month will go on as planned regardless of Seoul's decision to end the General Security of Military Information Agreement with Tokyo.

Japan's Sankei Shimbun newspaper quoted an official of the association as explaining that it's all the more meaningful to hold civic exchanges at a time when government-to-government relations have soured.

It's been held every year since, though the dates may have been delayed at times.

This year's 51st meeting was initially slated for May but was postponed to September.
Share
Print
List