Trump Maintains US and North Have Good Relationship, Following Pyongyang’s Launch of Projectiles 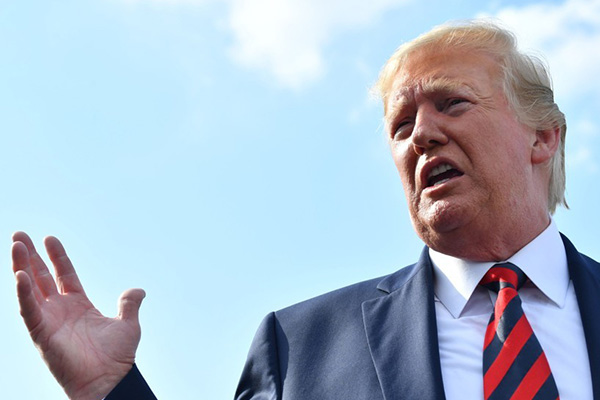 Foreign media report that U.S. President Donald Trump said his country has a very good relationship with North Korea after Pyongyang fired two projectiles believed to be short-range ballistic missiles into the East Sea on Saturday.

According to Reuters,  President Trump said at the White House that "Kim Jong-un has been pretty straight with me." The Associated Press quoted the US President as saying "He likes testing missiles, but we never restricted short-range missiles. We'll see what happens."

Trump earlier said the North's leader Kim had sent him a letter expressing a "small apology for testing the short-range missiles" and that Kim told him such an act would stop when the joint exercise between South Korea and the United States is over. The combined training of the two allies ended Tuesday.
Share
Print
List