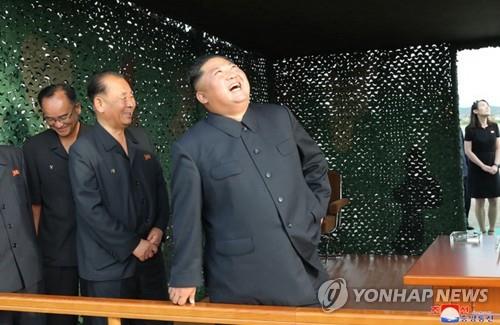 North Korea said on Sunday that it tested a new super-large multiple rocket launch system the previous day under the supervision of leader Kim Jong-un.

The paper said that the test-fire proved that all the tactical and technological specifications of the system correctly reached the preset indexes.

Guiding the test, Kim reportedly called the rocket launch a "great weapon" and praised the young national defense scientists that designed and completed the weapon system in their first trial although never seeing it.

Kim also stressed the need to push ahead with the development of strategic and tactical weapons to resolutely deal with military threats and pressure from hostile forces.