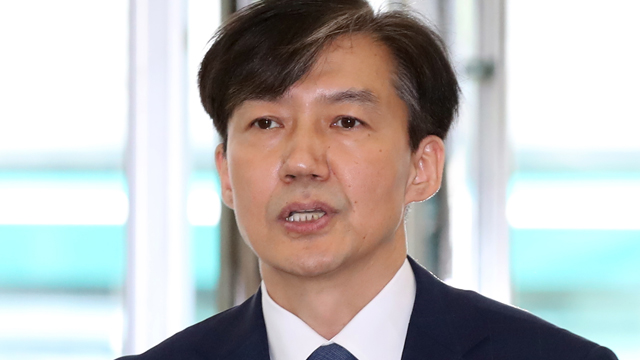 Justice Minister nominee Cho Kuk has offered an apology over growing allegations that his daughter was illicitly admitted to college and medical school.

Cho said on Sunday that even if he had abided by related laws and regulations at the time in relation to his daughter's education, he greatly hurt many young people who could not access the same system that benefited his daughter.

The former senior presidential aide for civil affairs also said that he overlooked that things could turn like this even if he observed the existing laws and regulations.

However, he reaffirmed that he would maintain his nomination and to become the justice minister, saying that he will explain all the doubts and allegations against him and his family at the confirmation hearing.