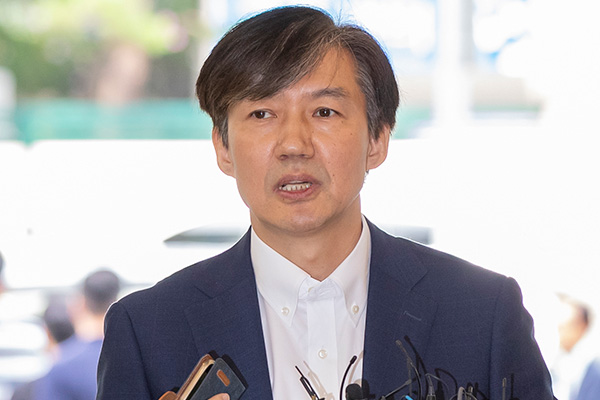 According to a KBS poll of over one-thousand adults, 48 percent of the respondents said that Cho was unfit to perform the duties of justice minister, while 18 percent responded otherwise. Thirty-four percent were undecided.

The poll was commissioned by a KBS program and conducted by Hankook Research on Thursday and Friday.

In a similar poll conducted the previous week, 42 percent considered the nominee fit for the post, while 36 percent responded unfit.

The rise in the respondents who believe that Cho is unfit is mainly attributed to the growing allegations that his daughter was illicitly admitted to college and medical school.
Share
Print
List