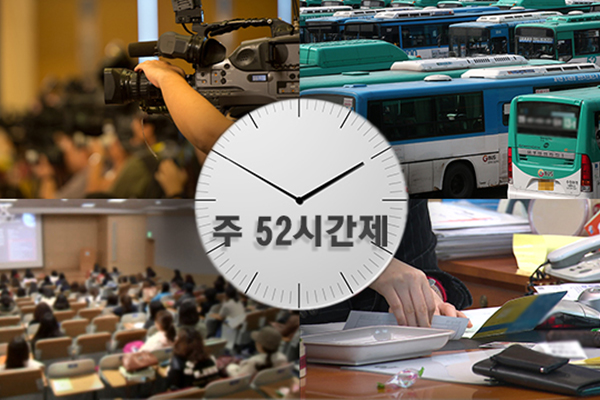 Few jobs were created over the past year among South Korean companies that adopted the 52-hour workweek system.

The corporate tracker CEO Score said on Sunday that of the 500 major firms in terms of sales, it studied 181 firms that adopted the 52-hour workweek system from July of last year.

The 181 firms were employing about 842-thousand workers as of the end of June, up one-point-eight percent from a year earlier.

The rise was not much higher than the one-point-67 percent growth posted in the previous year when firms were not applying the 52-hour workweek system.

CEO Score said that the government introduced the system to create jobs and improve employees' working conditions, but there appears no immediate effect of significant job creation from the system.
Share
Print
List