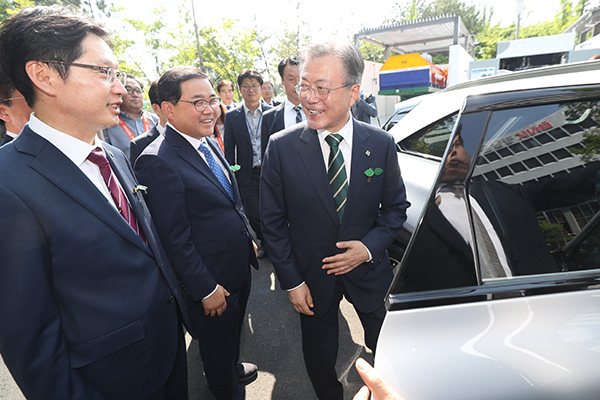 President Moon Jae-in has begun using a hydrogen fuel cell vehicle for his official duties in order to help encourage the use of eco-friendly cars across the nation and boost the economy.

The presidential office on Tuesday said Moon drove Hyundai Motor’s Nexo earlier in the day for the first time since the fuel cell-powered crossover was designated as his official vehicle. No other South Korean president has ever used a fuel cell vehicle.

The top office said the decision to use the car reflects the president’s will to help promote the government’s hydrogen economy initiative and also join efforts to tackle fine dust issues by mitigating emissions.

The office added that the president will first use the car for commuting and daily work before gradually expanding its usage.
Share
Print
List