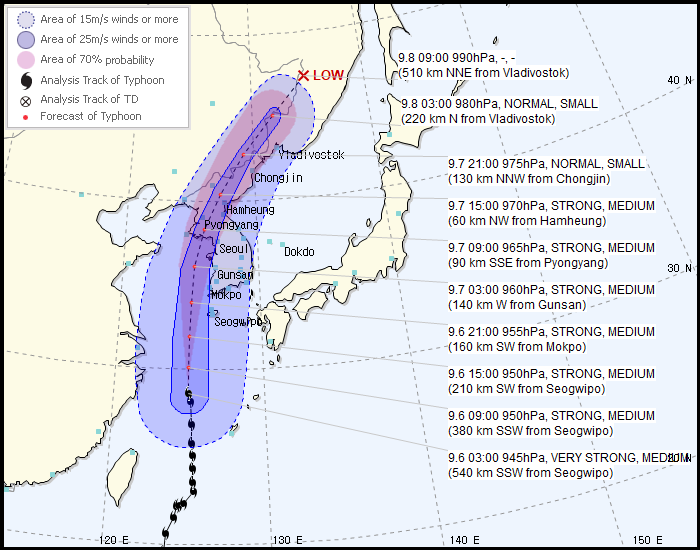 Typhoon Lingling is approaching the Korean Peninsula at high speed and its effects are expected to be felt in South Korea as early as Friday afternoon.

The Korea Meteorological Administration said that as of 7 a.m. Friday, the typhoon is moving northward in waters northwest of Okinawa at a speed of 20 to 30 kilometers per hour.

The weather agency called for extra caution and preventive measures against strong winds on islands and in coastal areas, warning that some islands will see strong winds of over 55 meters per second.
Share
Print
List