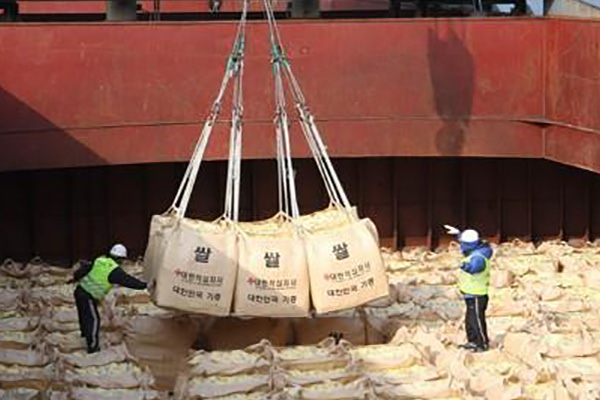 The South Korean government believes it's unlikely that the delivery of its food aid to North Korea through the World Food Programme(WFP) will be completed by the end of this month, as previously planned.

Unification Ministry deputy spokesperson Kim Eun-han said on Friday that given the time required for the WFP and the North to consult on the delivery, to secure necessary ships and to implement the plan, it's going to be difficult to complete the delivery by September as initially planned.

The spokesperson expressed hope that the United Nations agency and Pyongyang would swiftly proceed with their discussions.

In June, Seoul announced it would provide 50-thousand tons of rice to the North via the WFP to help the impoverished country suffering from worsening food shortages.

In an apparent protest against a joint military exercise between Seoul and Washington, Pyongyang refused to accept the aid in July.

The WFP office in Pyongyang has been trying to confirm the North's official stance, but North Korean authorities have yet to reply.
Share
Print
List