All of S. Korea Under Typhoon Lingling's Influence 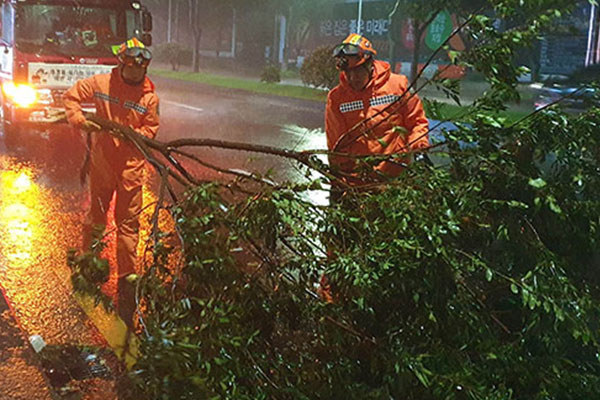 This year's 13th typhoon, Lingling, is moving northward over the West Sea, and all of South Korea is under its impact.

As of Saturday noon, typhoon warnings and advisories have been issued nationwide with west coast areas especially bearing the brunt of strong winds and rain.

According to the central disaster and safety headquarters, as of 11 a.m., some 30-thousand households in Jeju Island and Jeolla Provinces experienced blackouts and 40 facilities have been damaged.

Flights and vessel services are also being canceled.

The Korea Meteorological Administration(KMA) forecasts Lingling to make landfall in North Korea's Hwanghae Province around 3 p.m. and pass through the North's inland regions.

Rain of up to 120 millimeters is expected across South Korea through early Sunday.

The KMA advises citizens to be attentive to facility damage due to gusty winds.