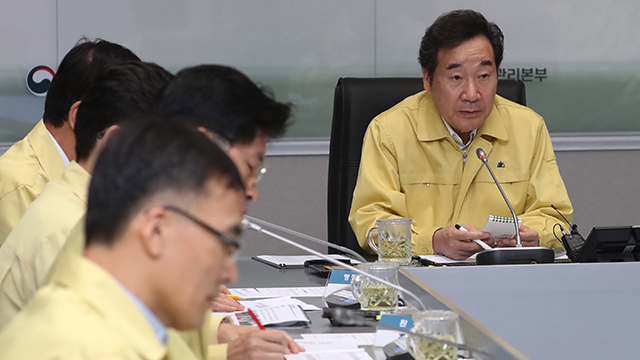 The prime minister issued the order on Sunday during a meeting with the heads of related ministries at the Central Disaster and Safety Countermeasures Headquarters in Seoul.

The video conference involving 17 cities and provinces across the nation was joined by the heads of the interior, ocean, agriculture, trade and land ministries.

In the meeting, Lee was briefed on the damage caused by the typhoon from the Interior Ministry and reviewed related measures and relief plans from ministries and local governments.

Typhoon Lingling killed at least three people over the weekend and caused damage across the country due to strong winds, which were recorded as high as around 54 meters per second.

It is the fifth strongest wind speed recorded by a typhoon on the Korean Peninsula since 1959.
Share
Print
List