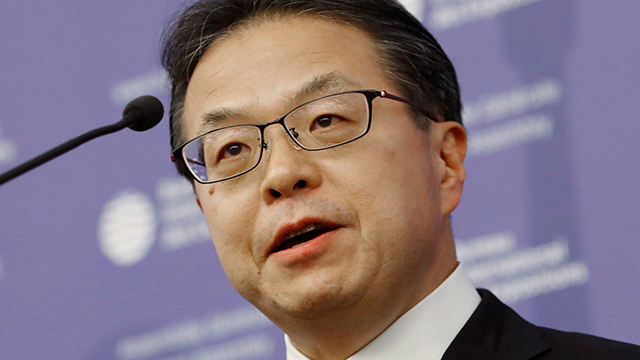 Japan on Wednesday reiterated the position that its export curbs against South Korea are just measures.

Japanese broadcaster NHK says Japan's Trade Minister Hiroshige Seko made the remark after Seoul announced it would file a complaint with the World Trade Organization(WTO) against the curbs the same day.

Seko said that it is clear that Japan's measures don't go against WTO regulations.

The Japanese trade minister said Tokyo will respond appropriately after inspecting the contents of South Korea's request for bilateral discussions. The discussions are the first stage in the WTO's dispute settlement process.
Share
Print
List