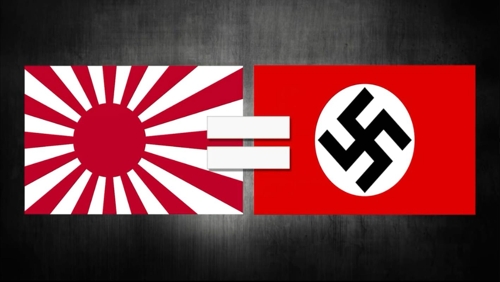 South Korea is officially seeking the International Olympic Committee’s(IOC) intervention to dissuade Japan from allowing the use of its old imperialist military flag during next year’s Olympic and Paralympic Games.

The Ministry of Culture, Sports and Tourism revealed on Wednesday that it sent a letter to IOC President Thomas Bach conveying Seoul’s disappointment and concerns over the stance of the organizers of the Tokyo Olympic and Paralympic Games on the Rising Sun flag.

In the letter, the South Korean ministry pointed to the fact that the standard was used by Imperial Japan as it invaded and launched wars across Asia.

The ministry added that the Rising Sun flag is today used by far-right Japanese groups to discriminate against and express hate for foreigners.

Drawing a parallel between the Rising Sun flag and the Nazi swastika, it said the flag is a political symbol that reminds Asia of historical wounds and pain and runs counter to the spirit and values of the Olympics, namely world peace and love for humanity.

Also noting that FIFA bans the Rising Sun flag, the ministry urged the IOC to play an active role in persuading the organizers of the Japanese sporting events to ban the flag’s use.
Share
Print
List