Moon Wishes for a Fairer Country in Chuseok Greetings 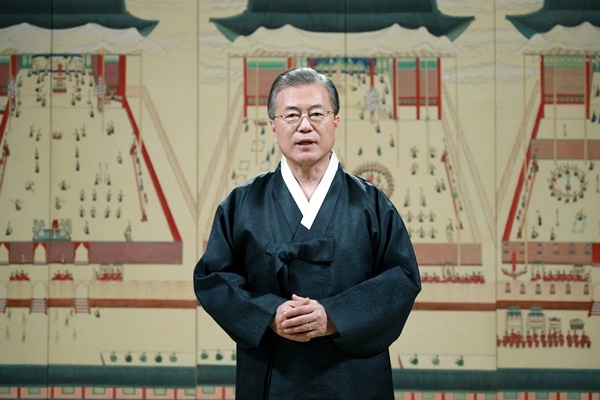 President Moon Jae-in has expressed his wish to make South Korea a place where everyone lives well and harmoniously.

In seasonal greetings sent to the public on Wednesday ahead of the Chuseok holiday later this week, Moon said the country is taking a new path toward prosperity for all and wished that every citizen will be treated fairly.

In the video message posted on the Web site of the presidential office, he vowed efforts to make his wish a reality, emphasizing a thriving economy, a fair society and peaceful Korean Peninsula.

In addition to consoling the victims of a recent typhoon that swept parts of the country, the president thanked in advance those working in public safety for their service during the upcoming holiday.
Share
Print
List