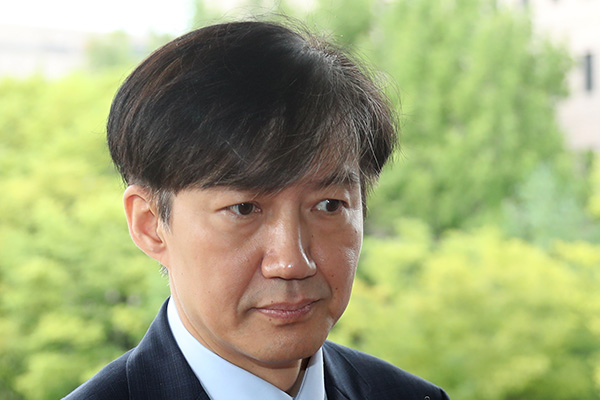 Justice Minister Cho Kuk has instructed ministry officials to swiftly launch a committee that will spearhead judiciary and prosecutorial reform.

According to the Justice Ministry on Wednesday, the new minister also wanted the new committee to have many people who are not experts on law as its members, as well as young prosecutors, ministry officials who were not from the prosecution, and civic activists.

Cho said that in order for the prosecution to break old and wrong practices, it is necessary to deal more strictly with corruption involving prosecutors and called for a more active internal inspection system.

The move came a day after the minister instructed the creation of a support team to assist in prosecutorial reform. He urged the support team to reflect various voices from many reform-minded prosecutors and come up with plans on how to retool the current system of checks and balances within the prosecution.
Share
Print
List