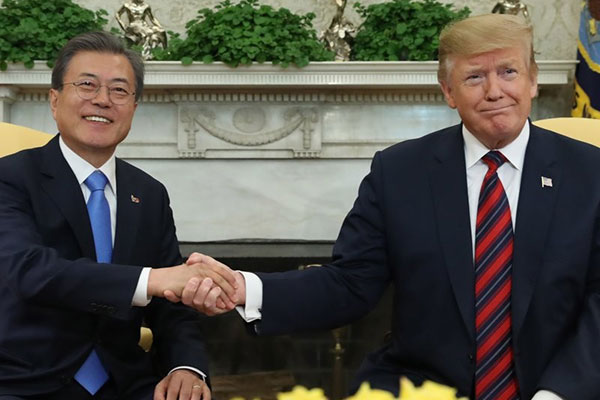 In a Friday briefing, presidential spokesperson Ko Min-jung said President Moon will be visiting New York from September 22nd to the 26th and will speak at the UN assembly on the 24th.

Ko noted Moon will meet with Trump on the sidelines and that the presidential office and the White House were discussing a timetable.

She added that it's too early to say what the two leaders will talk about but cautiously observed that steps toward peace on the Korean Peninsula may be resuming considering the recent remarks from North Korea and the U.S.

While in New York, Moon will also meet with UN Secretary-General Antonio Guterres and hold one-on-one talks with other world leaders.

Moon is expected to jointly host preparations for the P4G summit which stands for Partnering for Green Growth and the Global Goals 2030 and also attend the UN Climate Action Summit.
Share
Print
List