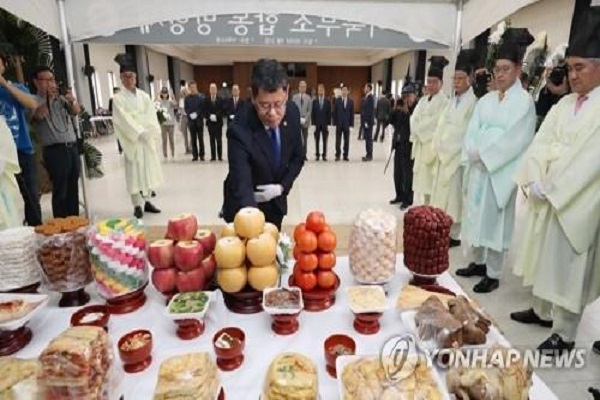 Unification Minister Kim Yeon-chul said that if inter-Korean talks resume, the Seoul government will put top priority on the issue of separated families across the border.

On Friday morning, Kim spoke at an event held at Imjingak park near the inter-Korean border and said it's time for both Koreas to help the families meet for the first time in decades.

Kim said he was sorry that a reunion didn't materialize for this year's Chuseok holiday.

The two Koreas had agreed to video reunions for separated families during summit talks last September, but nearly no progress has been made amid strained cross-border relations.

The minister noted the government will continue to seek various ways on its own and through talks with the North to work on the reunion issue.

An organization of people whose hometowns are in North Korea has celebrated Chuseok at Imjingak since 1970.
Share
Print
List