A Third of S. Koreans Traveling Long Distances for Chuseok 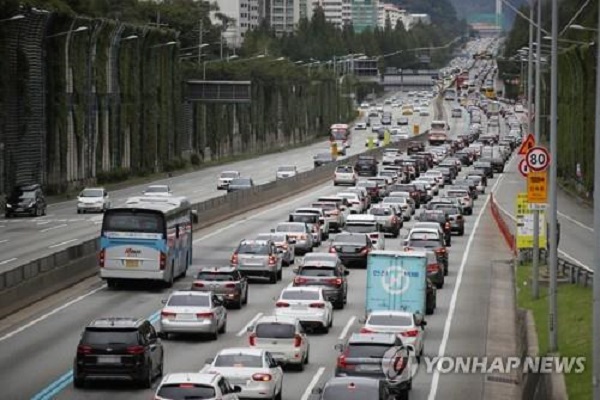 A survey shows that three out of ten South Koreans are traveling long distances to visit their hometowns for the Chuseok holiday.

The Transport Ministry on Friday unveiled the results of a survey conducted by the Korea Transport Institute of some nine thousand households earlier this week.

Six out of ten are not traveling long distances because their families and relatives live close by or they need to work.

Over 34 percent of the surveyed are traveling to other cities and provinces to gather with relatives for the holiday.

Around ten percent said they won't be visiting their hometowns due to work and other livelihood reasons.

Others noted they are ditching travel plans because of traffic and the burden of having to buy gifts.

Of those making trips, 38 percent said they will stay two days in their hometown with another 35 percent planning a three-day visit. Just over ten percent will make a day trip and not spend the night.

In addition, more than half of the respondents said they have visited or will visit their ancestors' graves.