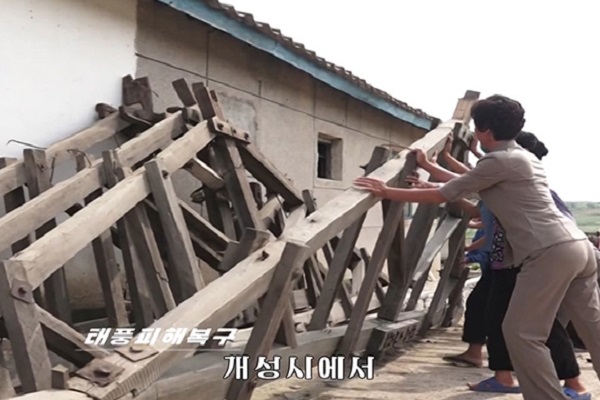 North Korean media reported on the status of the recovery work related to the damage inflicted by Typhoon Lingling last weekend.

The North's Korean Central Television said on Friday that government agencies were providing support in daily necessities such as food, clothing and utensils to regions affected by the typhoon.

The report noted the aid supplies helped with residents' health and in stabilizing their livelihoods.

The Rodong Sinmun newspaper published by the ruling Workers Party also said that thanks to restoration work on railways, train services could resume for citizens traveling for the Chuseok holiday.

The paper also praised the efforts of workers and soldiers mobilized for recovery operations including at a museum site in the border town of Gaeseong.