Saudi Oil Output Cut in Half after Drone Attacks 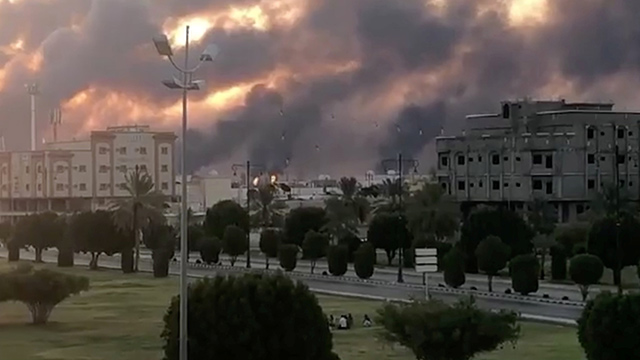 According to the country's state-run Saudi Press Agency, Saudi Energy Minister Prince Abdulaziz bin Salman said in a statement that the attacks resulted in "the temporary suspension of production operations" at the Abqaiq oil processing facility and the Khurais oil field.

The minister expected the suspension will cut the kingdom's production by about five-point-seven million barrels per day, which is more than half of the kingdom's output and accounts for roughly five percent of the global oil production.

Saudi Aramco, a Saudi Arabian national petroleum company, said in a statement that work is underway to restore production and a progress update will be provided in around 48 hours.

The Wall Street Journal said that disruptions in Saudi oil production could have "ripple effects" through the global economy, as the kingdom exports more crude petroleum than any other country.
Share
Print
List