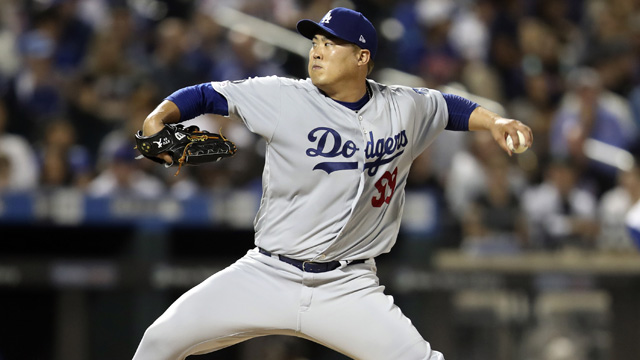 The left-hander shut down the Mets over seven innings at Citi Field in New York City on Saturday, giving up just two hits while striking out six without a walk. His team, however, lost the game 0-3.

It was Ryu's first scoreless start since he twirled seven shutout frames against the Arizona Diamondbacks on August 11.

With the solid performance after struggling in his recent four games, Ryu lowered his ERA from two-point-45 to two-point-35, currently the best ERA in Major League Baseball.
Share
Print
List