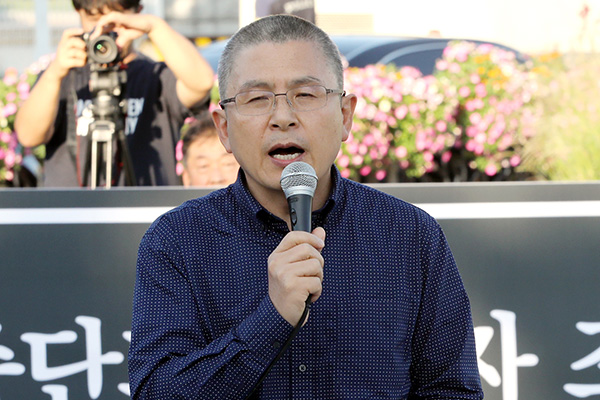 The opposition leader said the Moon Jae-in administration's violation of the constitution has reached an unbearable stage and that he is standing up to protest the regime as a citizen. He warned the government to stop going against the people's will and urged the justice minister to step down and face investigation by prosecutors.

President Moon Jae-in sent his senior secretary for political affairs, Kang Gi-jung, to deliver a message of "concern and worry" over Hwang's move.

According to the spokesperson of the presidential office, Kang asked Hwang to reconsider the decision.  In response, the LKP leader stressed that Moon should sack Cho
Share
Print
List