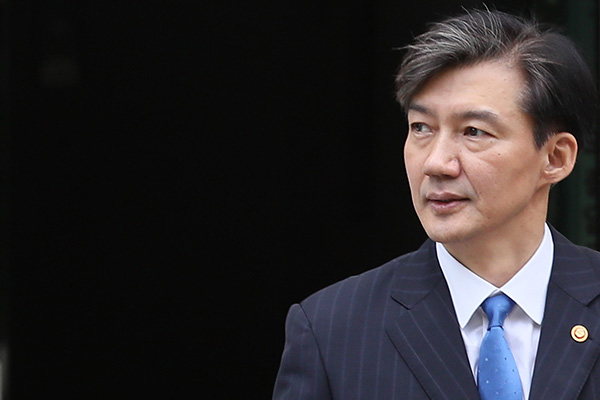 The prosecution on Monday summoned and questioned the daughter of Justice Minister Cho Kuk on allegations surrounding her university admissions and internships.

The Seoul Central District Prosecutors' Office reportedly grilled the minister’s daughter on whether she actually engaged in volunteer work at Dongyang University from 2010 to 2012 and how she received a school president's award for the work.

Cho's daughter referenced the award in an essay she submitted as part of her application to medical school in 2014.

Her mother, Chung Kyung-shim, who is a professor at the university, was indicted earlier this month for fabricating the award certificate.

The prosecution also questioned the daughter on allegations that she received a certificate for a three-week internship program at the Korea Institute of Science and Technology despite only appearing at the institute for two or three days.

In addition, prosecutors are also seeking answers regarding a controversial medical research paper that listed Cho’s daughter as the lead author after she apparently worked on the manuscript during a brief high school internship.