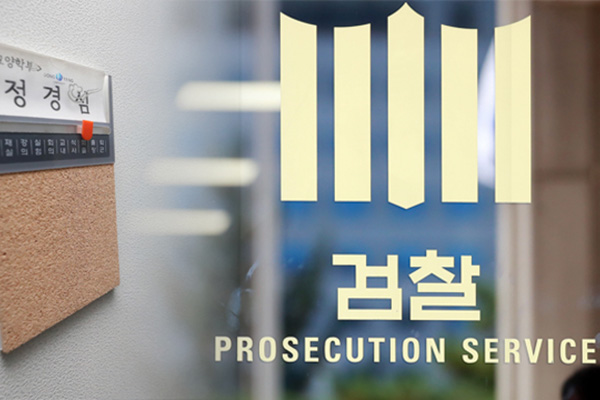 The prosecution has said that the wife of Justice Minister Cho Kuk fabricated an accolade at Dongyang University, where she works as a professor, to help their daughter earn entry to graduate school.

According to an appeal the Ministry of Justice submitted to the National Assembly at its request, the prosecution noted that Cho's wife, Chung Kyung-sim, drafted a document aesthetically similar to a university president's award certificate and placed the dean's seal next to the name of her daughter.

The move was apparently done to aid her daughter's admission to prestigious graduate schools through a special entrance program that emphasizes internships and awards.

The petition of appeal also states Chung colluded with an unidentified third party to fabricate the certificate and that the offense was committed around Sept. 7, 2012 at Dongyang University.
Share
Print
List