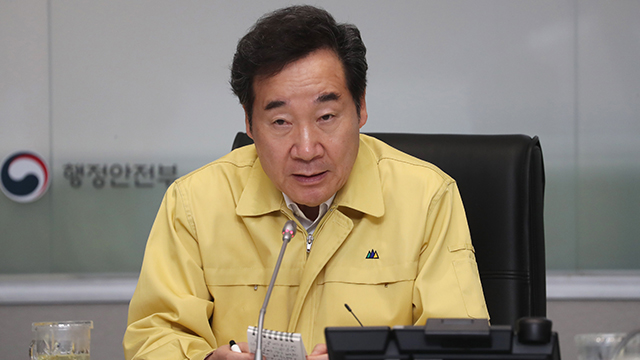 Lee’s office said on Tuesday that the prime minister ordered all-out efforts to contain the spread of the virus early on with initial response measures given that there is no treatment or vaccine for the disease.

In particular, he instructed the agriculture minister to work closely with the Animal and Plant Quarantine Agency and local governments to issue a tentative standstill and cull all pigs within a 500 meter radius of the farm in Paju, Gyeonggi Province where the ASF case was confirmed.

The prime minister stressed the need to quickly determine how the virus came to affect the farm and to thoroughly conduct on-site quarantine measures, including disinfecting pig farms and vehicles that pass through them.
Share
Print
List