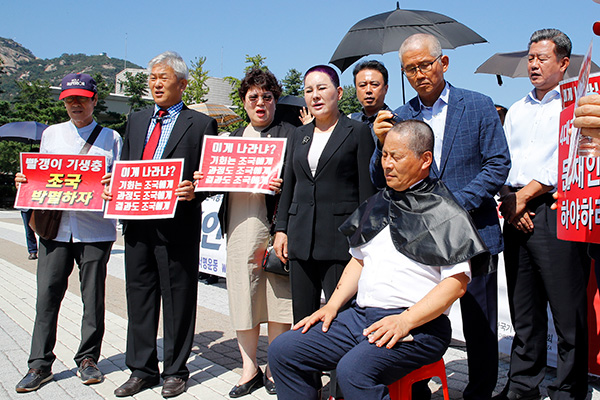 Several incumbent and former lawmakers of the conservative party, including Representative Khang Hyo-shang and former Gyeonggi Province Governor Kim Moon-soo, shaved their heads in public on Tuesday to protest Cho's appointment, joining the party’s chair Hwang Kyo-ahn, who did the same the previous day.

LKP Floor Leader Na Kyung-won vowed in a party meeting that the party will use this month’s regular parliamentary session to remove the controversial minister and stop the government’s abuse of power using the powers under the Constitution.
Share
Print
List