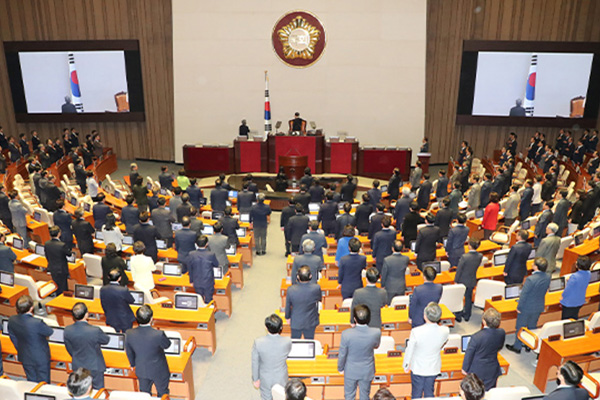 According to officials of the ruling Democratic Party, the main opposition Liberty Korea Party and the minor Bareunmirae Party on Tuesday, the parties agreed to hold a parliamentary question-and-answer session on political issues next Thursday.

The parliament will question cabinet ministers on foreign affairs and security issues next Friday, economic issues the following Monday and social and cultural issues the next day.

Parties also agreed to hold a parliamentary inspection of government offices from October 2 to 21 after the interpellation session.

The sessions were postponed as some ministers are accompanying President Moon Jae-in on his trip to the U.S. next week.

The parties earlier planned to hold parliamentary speeches by party leaders this week, but that plan fell through as the two opposition parties opposed Justice Minister Cho Kuk's attendance at the speeches.
Share
Print
List