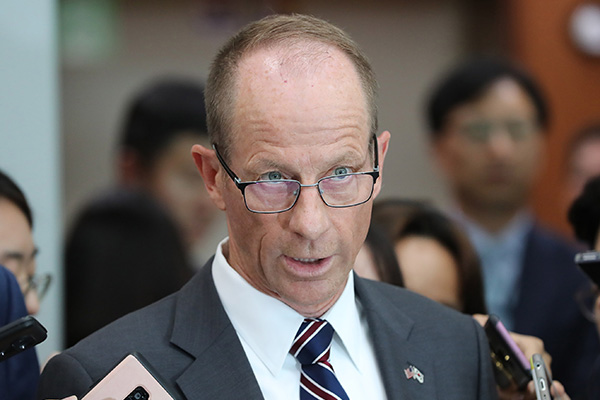 A senior U.S. official said on Tuesday that the United States is expending "enormous effort" to increase trilateral security cooperation with South Korea and Japan.

U.S. Assistant Secretary of State for East Asian and Pacific Affairs David Stilwell made the remarks in a prepared statement for the House Foreign Affairs Subcommittee on Asia ahead of his scheduled testimony Wednesday.

According to the subcommittee, Stilwell also said that the U.S. is ready to resume denuclearization talks with North Korea, but will maintain sanctions on the regime for now.

He also said that the U.S. coordinates closely with its allies and partners in the region and around the world, particularly South Korea and Japan, to maintain international unity and ensure continued implementation of existing sanctions.
Share
Print
List