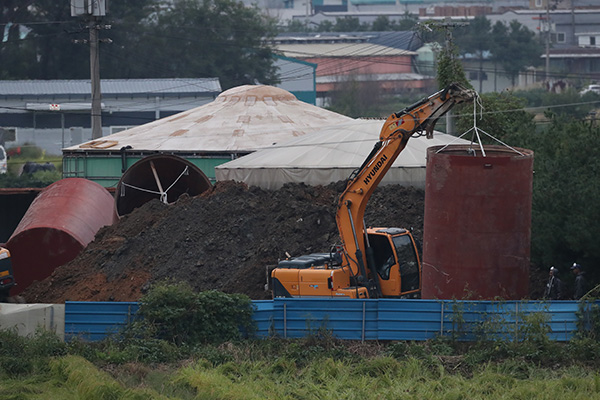 South Korea said on Tuesday that it will scale down an event set for this week to mark the first anniversary of an inter-Korean summit following the outbreak of African swine fever near its border with North Korea.

The government earlier said it would hold the event at Dorasan Station in Paju, just south of the inter-Korean border, on Thursday to mark the anniversary of the third summit between President Moon Jae-in and North Korean leader Kim Jong-un in Pyongyang last year.

The Unification Ministry said that it will hold a scaled-down event, changing the venue to a ministry office in central Seoul.

Hundreds of people from across the country were to board the so-called peace train traveling from Seoul to Dorasan Station, but this plan was also scrapped.

The ministry said those events were inevitably cancelled as local governments across the country are doing their utmost to prevent the spread of the deadly pig disease.
Share
Print
List