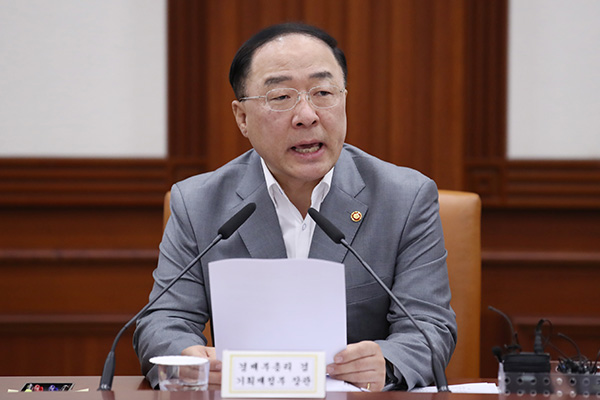 Finance Minister Hong Nam-ki says demographic concerns are a serious matter and directly relate to the rise and fall of a nation.

Hong made the remarks while chairing a meeting on revitalizing the economy in Seoul.

He said the government has devised four key strategies and 20 policy tasks to address population-related issues. The strategies include expanding the working-age population, mitigating impacts resulting from population decline and tackling the quickly aging population and rise in welfare spending.

He also stressed the need to launch discussions on expanding employment for retirees.

The minister cited that among Organization for Economic Cooperation and Development member states, South Korea is the only country with a fertility rate below one and is aging the most rapidly.

Hong said such major changes in demographics not only lead to an aging and declining population but also hamper the nation’s economic growth potential and sustainability.
Share
Print
List