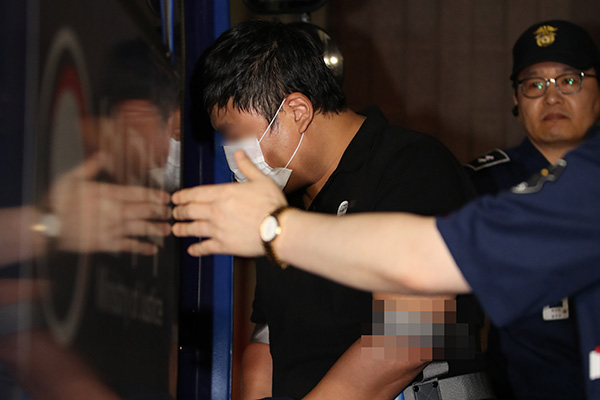 Anchor: Prosecutors currently investigating dubious investments in a private equity fund by the family of Justice Minister Cho Kuk have reportedly uncovered suspicious money flows. The fund's management appears to have paid more than 100 million won to the brother-in-law of the minister.
Celina Yoon has more.

He borrowed 300 million won from his sister Chung Kyung-sim, who is Cho's wife, and also received a 200 million won loan jointly with Chung, to put together the funds.

The payments were ostensibly "consulting fees," but the prosecution believes that the money was paid as interest for lending the money to Co-Link or that there could be a dual contract.

The prosecution also found circumstantial evidence that around one billion won from the billions of won that Cho's cousin's son embezzled from a company went to Chung.

Cho's cousin's son, who is believed to be the de facto head of Co-Link, allegedly embezzled billions of won from WFM, a business which the private equity invested in. These allegations were included in the arrest warrant for Cho's cousin's son.

The prosecution has been summoning those related with the private equity for investigation.

Based on evidence and testimony it collected from those related with the fund, the prosecution is expected to summon Cho's wife within this week.
Celina Yoon, KBS World Radio News.
Share
Print
List