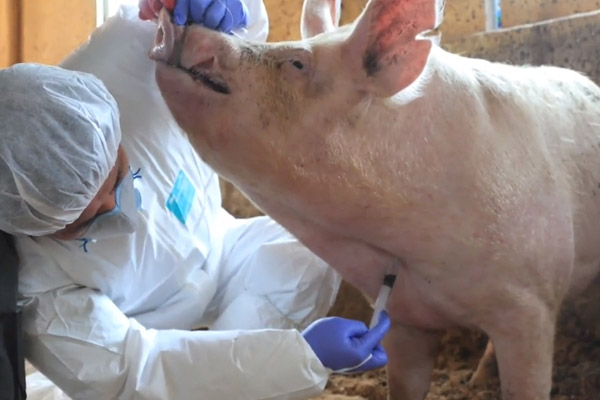 The Ministry of Agriculture, Food and Rural Affairs said Saturday the test results came out negative but the movement restriction will continue to be imposed as both farms are located within a ten kilometer radius of previously infected farms.

On Friday, the two farms alerted authorities that three pigs had died.

With two confirmed ASF cases from earlier this week, however, authorities maintain the crisis alert at the highest level and are exerting all-out quarantine efforts.

The current ban on transferring pigs to other regions from Gyeonggi Province will continue through early next month.

A three-week long movement ban or a standstill order has also been issued for 41 farms whose travel routes cross paths with the two infected farms.

The ASF is a highly fatal and infectious disease that mainly affects animals of the swine family.
Share
Print
List