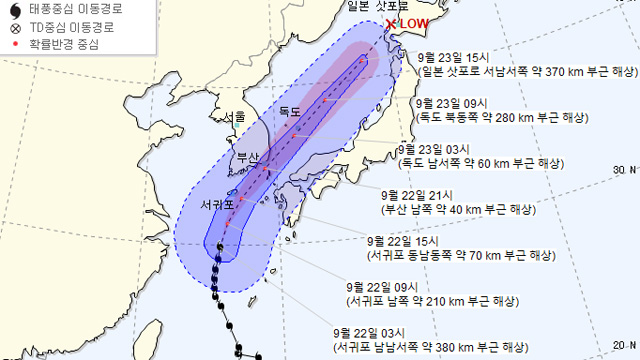 The Korea Meteorological Administration (KMA) said on Sunday that Tapah is expected to travel over waters east of Jeju Island on Sunday afternoon and reach waters off the country's southern port city of Busan by night.

This year's 17th typhoon will then veer toward the East Sea and reach near the Dokdo Islets around early Monday.

Typhoon warnings have been issued for the island and most parts of the southern regions as Tapah is approaching the country.

The KMA projects as much as 400 millimeters of precipitation in Jeju Island and coastal areas in the country's eastern waters through Monday morning.