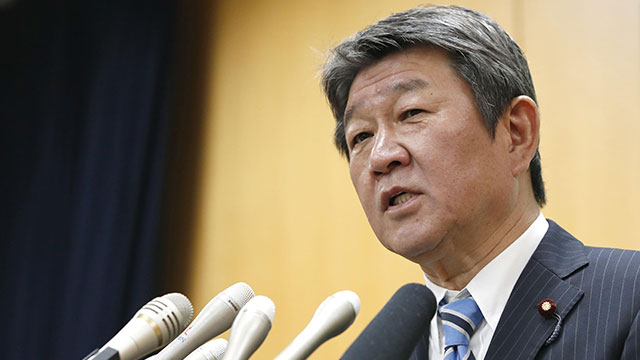 Japanese Foreign Minister Toshimitsu Mogeti on Sunday criticized that South Korea overturned the basis of relations between Seoul and Tokyo.

Appearing on Japan's public broadcaster NHK, the new foreign minister said that South Korea has been overturning the foundation of its relations with Japan and violating international law for nearly one year since its top court ruled against Japanese firms over Tokyo's wartime forced labor.

The minister said that he will strongly demand Seoul correct the situation as soon as possible regarding its violation of international law.

However, Motegi stressed the importance of cooperation and trilateral alliance among South Korea, the United States and Japan, vowing to closely cooperate with Seoul and Washington on North Korea issues. He pledged to continue to seek dialogue between the diplomatic authorities of Seoul and Tokyo.