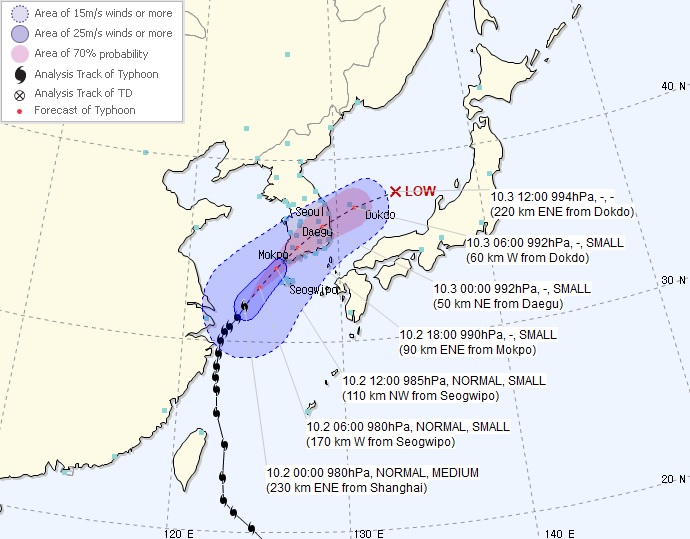 The Korea Meteorological Administration said on Wednesday that Mitag, the 18th storm of the season, was moving northeast at a speed of 24 kilometers per hour from waters off Shanghai as of 6 a.m.

The typhoon is forecast to reach waters 130 kilometers off Jeju Island at around 6 p.m. and make landfall on the southwestern coast of Mokpo, South Jeolla Province around midnight.

The weather agency expects the tropical storm to move across the southern regions of the country and exit to the East Sea on Thursday afternoon.

The typhoon is expected to bring up to 500 millimeters of torrential rain to Jeju and some eastern coastal areas.
Share
Print
List